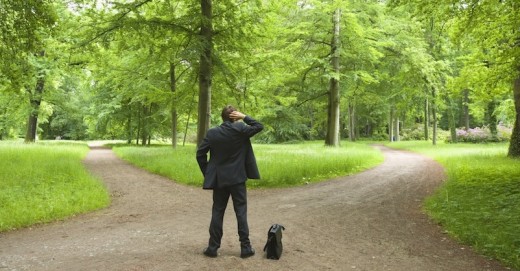 With the first results of Gunbot Release Candidate 3.3.3 and 3.3.4 being not promising – in terms of trading when not in ‘Debag’ mode – many users started to consider downgrade as an viable option.

In this sense, older versions of Gunbot 3.3 Smart Edition family came back to the game, having 3.3.2 (a patch for Satoshi Nakamoto) – the version I’ve been officially using so far – and 3.2 (Portugal and Brasil) as the main players.

In the counter-flow, I also decided to make tests in my lab, but with an yet older Gunbot version: 3.1b.

Objective: To compare trade performance between Gunbot 3.3.2 and 3.1b versions in terms of Gain/Step Gain use.

Why I did not use RC.

In fact, I did with two pairs in Polo and other two in Bittrex, with small bags – but this was in Debag mode, to test purposes only. Two issues happened with me: an error showing only the tickers but not the pairs status was the first one. It was temporarily solved by restarting the bot. The second one happened as I was monitoring the screen. Price was already 1.5% up, bot didn’t buy at the default 0.6%, so I proceeded with a manual sell and went back to my 3.3.2 version. After all, I was sure Gunthar would bring the final release until August 1st as promised, so I did not worry much.

Reported double buys and some sell at loss. some crashes with Windows, stucked pairs.

Why not a Smart Edition version:

Throughout Telegram main chat and at Gunthy forum, we have seen a lot inquires about the results shown and obtained, leading to theories like the Buy_Lvl/Gain to be  set at Step Gain level 3.

I can speak for myself, and noticed that I was having much more sells at Gain range then in previous versions, even when my primary strategies were set as Step Gain. The cause needed to be found.

Of course 3.1b offers some cons, most notably: 422 Errors in Polo – not due to Bot’s fault, though; and Step Gain not available to Bittrex or Kraken.

Despite of the cons, and for all the above reasons, plus a precious feature, I chose 3.1b because it buys even when there already is an open order.

Plus, let us remember why 3.3 family received the codename of ‘SMART’,  according to the source:

Introducing early stages of machine learning for price to buy: the best price to buy is automatically picked by the bot comparing BB and BUY_LEVEL, Pros: if you restart the bot, you don’t need to wait hours before BB recalculation is done and used.

Introducing early stages of machine learning on “price to sell” and BB calculation: the best price to sell is now automatically picked up by the bot, based on the strategy you using, compared to GAIN (which acts like a safety level to not sell at loss). One of the pros of this: if you restart the bot, you don’t need to wait for your BB to be recalculated, they are now dynamically used as long as they update over time.

Here lies my main hypothesis (as other’s as well):

If verifying past trades with legacy versions, here’s what can be found:

And now some recent trades with 3.3 family 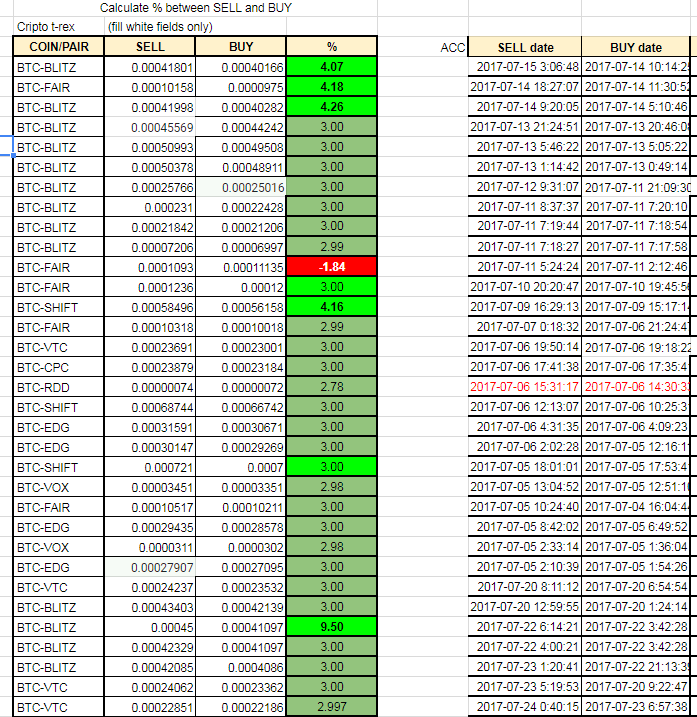 The SMART family and a lot of trades at GAIN.

So, the most obvious conclusion would be the interference of machine learning feature in Gunbot decisions – rendering the trend watcher more difficult to be effectively used.

Gunbot 3.3.2 and 3.1b were compared during 24 hours in Poloniex. The settings used can be seen below :

After setting and stating pairs, the first difference can be promptly seen in console:

In fact, as explained in 3.3.2 changelog, technically it’s not an error – since machine learning implementation keeps Buy_Level|Gain in charge until reaching SG level.

Some 15-20 minutes after I’ve shared this information in FGG chat, I got some trades:

Almost nine hours after the experiment’s beginning, a first partial sell happens in GB 3.3.2, with a 2.5% gain.

Partial sell in EMC2 in 3.3.2I decided to add more pairs for the 3.1b. For the matter of comparison with 3.3.2, only EMC2 is being considered. The newer pairs were added in order to verify AWS EC2 limit when using Gunbot 3.1b on it.

AWS EC2 free tier plan reached it’s limit with 6 pairs, with CPU. Apaarently, a seventh pair fits, but as the log and save.json get bigger, VPS resources get depleted and it affects Gunbot’s performance.

After approximately 12 hours running, these were the results:

Gunbot 3.1b traded faster than 3.3.2. The main difference is related to the fact that ‘Smart edition’ Gunbots have Gain prevailing over Step Gain rules until price reaches SG levels – affecting initial price. An interest detail was that although setup was configured to 1% Lvl 1, most 3.1 gains in trades occurred in the 2% range.

This is not a rigorous test that can be characterized as scientific. Only a few pairs were tested due to AWS server capacity and there were no counterparty coins in 3.3.2 other than EMC2. With four pairs and delay 20, there were some 422 errors. According to a talk with Elroy, main dev of Gunbot Community Proxy, although not tested, Proxy CE might work with Gunbot 3.1b. Limitations of AWS EC2 prevented me to install it, so it can be a next step in further tests with 3.1b version.

Regarding the presence of Gain in the trades using 3.3.2, the test could not confirm it. The partial sells that occurred in 3.3.2 were at SG level, not the round number that we usually use in Gain strategy.

Despite the noticeable advantage of 3.1b in terms of numbers of trades when compared through a short period of time with 3.3.2, with the results obtained, the original hypothesis could not be validated, and further studies are needed adding more pairs, more servers and including another exchange.

Up to the moment of finishing this article, EMC2 trade in 3.3.2 was still not completed.

Aknowledgements: Thank you Gunthar for hearing the community, bringing continuous improvements for Gunbot. Also thank you to Beer K0in for Gunbot Monitor and Elroy for Gunbot Proxy Community Edition.