We trade in trust.

Hi there! We’ve gotten caught up in cryptocurrency.  We get you have, too.  Maybe you’re looking to learn more – either just starting out and want to know the basics, and you want to ramp up a lot faster, or you already know the basics, but you need that extra edge to to get to the next level.

That’s what we do here.

Gunbot University (GBU) was founded in early 2017 by a small group of crypto enthusiasts.  Brought together by a common bond we call Gunbot – a trading tool that uses one cryptocurrency to purchase (trade) other cryptocurrencies – the professors at GBU have spent day after day, week after week on their skills.  They honed their configurations, tweaking their servers, analyzing coin patterns and dedicating their pursuits to improving the performance of Gunbot.

Beware of scammers – some may pose as GBU Professors and try to get you to send them money.   Our Professors will never message you first.  If you are on Telegram and someone contacts you claiming they are from GBU, check that they are listed here by clicking the name and ensuring it comes back to your conversation.

Before spending 700 years as a Waste Allocation Load Lifter Earth-class, collecting garbage tidying up the planet one piece of garbage at a time, getting lonelier and lonelier but crafting an amazing personality, Wally was a Network Security expert, Network Manager, and IT Director at large service providers, gaming companies and security manufacturers.  Bitcoin first entered his purview in 2012, and his interest grew until 2013 when he decided to actually do something about it.

With a few extra bucks he had laying around, he had to make a choice – buy coins, or mine coins?  At that time, bitcoin was $20 per coin, but a household emergency swept up those extra bucks and ended up delayed his financial entrance into the crypto world until 2015, after bitcoin had risen to $1200 (what?!??! I missed it!) and then crashed back to $200 (whew! glad I missed THAT!).  Still, looking back, it was a good entrance point.  He dove head-first into bitcoin, then Ethereum a year later and then 100+ altcoins shortly thereafter.  As of November 2017 he’s the proud owner of more than 200 altcoins.

He discovered Gunbot at the end of March 2017 and found a true passion for the art of using altcoins to increase one’s bitcoin holdings.  He’s the proud father of the WallyBags™ strategy and one of the founding professors of Gunbot University, where he shares his knowledge in a boot-camp style method to get new gunbotters up to speed as quickly as possible.  He’s a strong proponent of CoinTracking.info, a non-biased user of Linux, Windows, Mac and any operating system that gets the job done, and can script his way out of anything.

Back in 1999, Poy was forced to learn quickly how to reformat his uncle’s computer before he arrived home, because the computer had been corrupted installing a game. With some experimentation and dabbling, Poy mastered it and his uncle was none the wiser. From there an intense passion for the geek computer world had arisen within.

From teens to adulthood, Poy satisfied his geek desire from building computers, hosting websites to cracking PDA software’s and many more ventures. Through networking and a wide database of connections he built multi-million dollar projects for the government.

Moving away from these ventures into the world of digital marketing, Poy combined his IT knowledge and marketing skills to help clients get considerable results. He has continually gained knowledge and enhanced his skills by speaking in front of large audiences, running workshops and teaching entrepreneurs and businesses alike, on how to make money with digital marketing skills.

Poy found cryptocurrency back in 2014 where he kicked it off with small trading, which became a fascinating world to explore. Through his fast learning style and adaption he learnt the basics of trading, lost money, researched and practiced for hours on end, to hone his skills in the art of different areas in crypto.

With a partnership fall-out in his digital marketing endeavours, he wanted out and moved on to where the obsession is at!

With Poy’s combined advancing knowledge and skills, he is devoted to helping the Gunbot University (GBU) community in receiving better results with the Gunbot with as much support as you need!

Other Professors in our Slack who help out:

The following Professors are no longer active professors, but were once Professors that graced the halls of Gunbot University.

These professors are Founding Professors – as such, they had a key role in making Gunbot University what it is today. 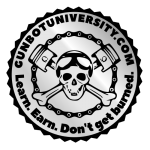 With a fairly multidisciplinary background, Criptonauta is originally from the Social Development sector, where he mixes information and communication technology with education and revenue generation in programs and projects across South America.

Member of Research Group in Federal University in Brazil, Criptonauta delves more and more in the intricacies of cyberspace, particularly in the cryptocurrency-related subjects.

Now fully dedicated to Gunbot and recently awarded by Gunthar with a new strategy called the Criptonauta Strategy – that will debut in Gunbot 3.3.3 – he is joining forces with some of the most reputable members of Gunbot Community to, again, foster win-win situations. 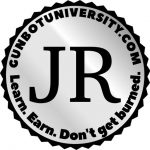 Professor Roddingham doesn’t possess the storied history some of the other professors do. He has a background in IT, but mainly out of necessity. His father has been a programmer since the 60’s and thus Roddingham seems to have technical ability and logical thought processes in his blood.

Now he got lucky and was involved in crypto from late 2010, even mined a bit on a PC that he turned off because the ‘fan was too loud’. Fast forward later; many mistakes were made, much wisdom gained. He is now very involved in the cryptosphere, learning more ways to invest and turn what crypto investments he does have into more, and dedicated to helping others to learn the same:  not making the same mistakes. One of his skills is simply learning new things quickly (and sometimes forgetting them just as fast!) He is dedicated to helping more people learn and get into the paradigm shifting technology that is blockchain! 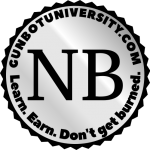 Nibaru began hacking and coding at a very young age. Before he entered high school, he was coding in assembly, pascal, c, basic, and messing around with all sorts of hardware from microcontrollers anything you could plug into an outlet or that needed a battery. During this time he built several kit computers for himself and family friends. Ah, the good ‘old days…

From childhood into adulthood, he always kept learning and adapting with the latest computer trends and ‘innovations’. This included local and wide area networks, and led straight onto the Internet. During the dot com he and a few partners created a startup in the biotech space and sold it for a nice lump of cash. After this experience is was startups all the way. A few years ago, however, startups and their culture became boring and NB was looking for the next thing. In 2016, he landed in crypto after a friend told him all about the Ethereum DAO hack. In early 2017 he then stumbled into Gunbot and crypto trading.

An almost magical combination: the endless possibilities of crypto with coding that could make money – out of the gate! NB was hooked and started figuring out ways to tweak and scale fast. Luckily, he somehow came across the radar of some big hitters in the Gunbot community and knew together, they could combine their knowledge and experience and create something big. And so, Gunbot University was born.

If you want to vastly improve your crypto returns, enroll in GBU today.